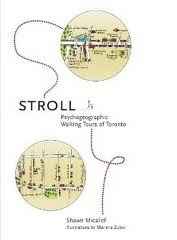 Today’s small press recommendations come from Philly, San Fran, and New York. Doug Gordon is editor at New Door Books in Philadelphia. New Door Books formed in 2009 out of a writer’s collective that’s been around since 1985. Their first title, Hanah’s Paradise by Ligia Ravé, had been rejected by American presses but published in translation to much acclaim in Spain—New Door thought the book deserved an audience in its native language. Read more about New Door Books here: http://newdoorbooks.com/ Samantha Giles heads the San Francisco literary organization, Small Press Traffic, a literary center which started out in the back room of a Castro Street bookstore in 1974. Remaining above the petty politics of literary cliques, SPT has been dedicated to attracting writers from many backgrounds, and promoting independent presses and writing that pushes limits; the organization has grown over the years to run a reading series, hold writing workshops, curate a small press archive, publish a journal, and much more. Veronica Liu works at one small press during the day, and runs a great micro-press, Fractious Press, in her free time. I got to meet Veronica when she came to Pittsburgh to table for Fractious at a Progressive Library Skillshare in 2007. We plotted methods of a small-press world takeover, and although it hasn’t quite happened yet, we maintain hope. I enjoyed reading poet Elizabeth Harrington, who writes about her childhood home of Oklahoma from her current home of New York. The subjects and imagery of her poems read with honesty and emotion while the language continually surprises in both great and subtle ways.

*****
1. The Tables of the Law, Thomas Mann, trans. Marion Faber and Stephen Lehmann (Paul Dry Books, 2010)
This is a brilliant new translation of a neglected novella by Mann, a story of Moses commissioned in 1943 as a "defense" of Jewish law and culture against the Nazis, but so imbued with Mann's depth of vision that it challenges our understanding of religion.
http://pauldrybooks.com/