Today I'm launching the Wideman Challenge, in which I seek out one book reviewer for every book that John Edgar Wideman has written, and challenge readers everywhere to pick up a Wideman book. Have you heard of him? Wideman has been writing inventively, intensively, incisively, introspectively about Black America since 1967. In my experience as a bookseller, far too many people have not heard of him or his roster of over twenty titles of fiction and memoir, and I'm hoping to change that.

I'm thrilled to introduce Becky Tuch as the kick-off reviewer of the Wideman Challenge. I met Becky soon after she moved to Pittsburgh (where Wideman grew up and the site of many of his best books) several years ago. I loved hearing from her evocative novel in progress at a Big Idea reading, hearing the curiosity in her voice when she talks about writing, and hearing her enthusiasm for teaching creative writing. She's been teaching with Boston's Grub Street for many years and since landing in Pittsburgh now also teaches with Creative Nonfiction. Please enjoy her review of Wideman's stories: 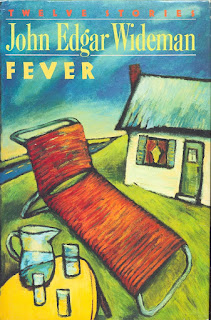 What is the role of point-of-view in fiction? Traditionally, the narrator occupies a consciousness, or several, through which the story’s universe is interpreted. The reader may experience the interpretive lens of one character or many, yet one maxim remains steadfast: At all times the reader must be grounded. A story will not succeed when a reader is not firmly rooted within a guiding consciousness. We need, above all things, to know who is perceiving and when.

Here, then, is John Edgar Wideman’s Fever (1989), a short story collection that tosses aside traditional notions of point-of-view, offering readers something disruptive, challenging, and wonderfully different. In these stories, narrative perspectives shift abruptly; dialect changes mid-page. Stories within stories unfold, occasionally containing their own backstories, with new characters emerging to take over the narrative. Expectations are overturned; norms are shattered. If Wideman asks one thing of his readers, it is that you pay attention. In life, as in Fever, you cannot know what is coming around the bend.

In “Doc’s Story,” the collection’s inaugural story, we encounter an unnamed narrator, grieving the departure of his lover who “left him in May, when the shadows and green of the park had started to deepen.” Consoling himself, he plays pick-up basketball, talks to the other players, “cools out on reefer…[and] collects the stories they tell.” One of these player’s stories is about Doc, an older man who began going blind. In learning about Doc, we are shifted suddenly into another narratorial voice: “But one Sunday the shit got stone serious. Sunday I’m telling youall about, the action was real nice. If you wasn’t ready, get back cause the brothers was cooking.”

“Doc’s Story” is perhaps the most autobiographical in the bunch. In Brothers and Keepers, Wideman’s memoir published four years before Fever, the author follows the life trajectory of his brother, who is in prison. Wideman writes, “However numerous and comforting the similarities, we were different. The world had seized on the difference, allowed me room to thrive, while he’d been forced into a cage. Why did it work out that way? What was the nature of the difference? Why did it haunt me?” In “Doc’s Story,” where a narrator shifts among different perspectives, merging the language of the street seamlessly with formal speech, Wideman appears to have transformed all that haunts him into a buoyant and refreshing mode of story-telling.

In “The Statue of Liberty” Wideman’s shift in perspective takes the reader deep into delightful and wholly unexpected places. Here we begin with a narrator jogging in the countryside. The narrator describes the view and the people he passes along his route. One might expect a quaint story about jogging through rural landscape. Yet we learn, “Another way joggin pleasures me is how it lets me turn myself into another person in another place.” Moments later, the narrator says, “When the huge black man springs from the shadows I let him grapple me to the ground.” It takes a moment to understand that we have shifted from the point-of-view of the jogger to that of one of the farmers whose lives he is imagining himself into. What follows is a stunning erotic scene between the farmer and two joggers. The scene is sexually explicit, racially transgressive, packed with violent metaphors-- “The petals of my vagina are two knuckles spreading a fist stuck in your face,”--and fabulously engrossing.

If it takes the reader a moment to realize who now holds the reins of the story, that is a small price to pay for the gift of Wideman’s larger philosophical and political aims. Indeed, Wideman has made clear his intention to use abrupt and at times disorienting point-of-view shifts toward not only aesthetic but much-needed political ends. “Think of that blood leaving you and running up in somebody else’s arms, down into somebody’s fingers black or brown or ivory just like yours,” he writes in “When It’s Time to Go.” In “Fever:” “Each solitary heart contains all the world’s hearts...Fever descends when the waters that connect us are clogged with filth.” In “The Statue of Liberty:” “We must move past certain kinds of resistance, habits that are nothing more than habits. Get past or be locked like stupid braying animals in a closet forever.”

Perhaps unsurprisingly, blindness is also a theme woven throughout the collection. In “When It’s Time to Go,” we encounter a young boy losing his eyesight. The story begins from the perspective of a man relating the tale to his brother, then shifts to the boy, now grown-- “Yeah, they might could have saved my sight. Ain’t never gon forgive them that.”-- and finally to the perspective of a man in a bar talking about the blind musician-- “So that’s about all of it, my friends. Sambo could sure nuff play.” We encounter the blind musician again in “Concert” and “Presents,” the latter the most traditionally structured story in the collection.

In “Surfiction,” the collection’s most experimental story, an academic is taking notes on a writer for an upcoming presentation. We follow the narrator’s thoughts on his own remarks, as well as his own deconstructive tendencies toward his own notes. “We are put into the passive posture of readers or listeners (consumers) by the narrative unraveling of a reality which, because it is unfolding in time, slowly begins to take up our time…” Some of this is charmingly witty, as when he observes, “Without authors whose last names begin with B, surfiction might not exist...Which list further discloses a startling coincidence or perhaps the making of a scandal--one man working on both sides of the Atlantic as writer and critic explaining and praising his fiction as he creates it: Barth Barthes Barthelme.” 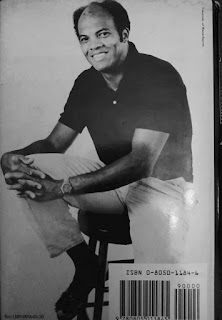 Funnily enough, it is Wideman who is explaining his fiction as he creates it. In the final and titular story, “Fever,” Wideman rotates through multiple perspectives to explore the ravages of yellow fever on a town. A contemporary reader will find many devastating similarities here with the coronavirus pandemic and those who have been on the front lines of caretaking. Throughout the story, Allen, a Black doctor, relates “How the knife was plunged into our hearts, then cruelly twisted. We were proclaimed carriers of the fever and treated as pariahs, but when it became expedient to command our services to nurse the sick and bury the dead, the previous allegations were no longer mentioned...We were ordered to save the city.” Or, put another way by the modern narrator who arrives at the story's end: “Yeah, I nurse these old funky motherfuckers, all right.”

It is in the conclusion of this story that we arrive at the summation of Wideman’s vision. It is here that we encounter the dissection of a body, the weight of a kidney, a liver, a spleen, a brain. Yet we are also lifted aloft into the metaphysical realm, the attempt to transcend one consciousness and seamlessly enter another at the core of all the stories in this collection. “Right next to the heart,” Wideman describes, “the miniature hand of a child, frozen in a grasping gesture, fingers like hard tongues of flame, still reaching or the marvel of the beating heart, fascinated still…”

The stories here, though published over three decades ago, have a potent urgency in our current world, particularly for writers and readers in search of new modes of storytelling. The rules, both aesthetic and political, are made to be broken. Let’s finally see one another, this collection cries out, and shred the norms that confine us.

Guest review by Becky Tuch
Writer, editor, teacher
Founder of The Review Review
Find Becky on Twitter: @BeckyLTuch
And on the web: https://www.beckytuch.com/

It's been a long time since I've posted here. I miss blogging, and I miss the slower-paced lifestyle that allowed me to maintain a blog. So in a bit of good news among the flaming shipwreck of 2020, I'll soon be bringing you some new content: Stay tuned and watch this space for new book reviews revolving around one particular author.

Posted by Karen Lillis at 8:37 PM No comments: