Bookseller of the Month: Grant Cogswell 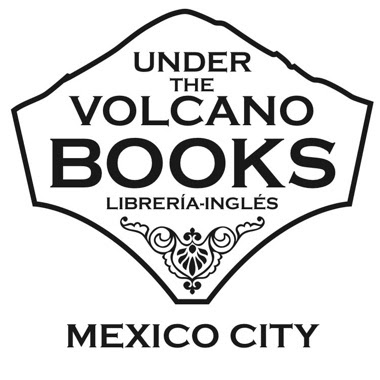 I don't usually give a Bookseller of the Month award, but I'm inventing one for Grant Cogswell, who just made a death-defying drive through the most dangerous part of Mexico, all to retrieve some books. The books, waiting for him in Austin, were donations from Stateside friends and supporters, for his future store: Cogswell will be opening an English-language bookstore in the heart of Mexico City, Under the Volcano Books. The bookstore will be in the vein of Paris' Shakespeare and Company, catering to both a literary expat community and to residents of Mexico City interested in learning about the literature of the English language. Cogswell has said that he wants to foster a better dialogue between Mexico and America; instead of guns, drugs, border patrols, and anti-immigration talk, Cogswell wants to introduce each side to its more creative side. He'll be trying to lure American friends to experience his view of Mexico City (known in Mexico as Distrito Federal), and trying to offer the better angels of America to Mexicans who know mainly our indifference or our scorn. An international literary journal, Mexico Review, will be part of Cogswell's venture.
Grant Cogswell is an American citizen who spent his childhood in some far flung locales, including Paris. A filmmaker, journalist, and longtime resident of Seattle as an adult, he had an infamous and colorful campaign for Seattle's city council where he ran on a platform of creating a citywide monorail. That campaign inspired a book, Zioncheck for President, and a forthcoming movie, Grassroots, directed by Stephen Gyllenhaal. A few years ago, driven by health concerns, Cogswell began spending his winters in Mexico City. He soon fell in love with the city's vibrant culture, and its likeness to some of his favorite childhood memories. La Roma is the area of Mexico City where Cogswell is seeking a space for the store, and it was laid out (in the early 20th Century) in imitation of Parisian boulevards. Its street vendors, street musicians, and lively sidewalk life remind Cogswell of the street life of 1970s Paris. Once serving as the haunts of William Burroughs and film location for Luis Buñuel, La Roma has been home to artists and expats for the last hundred years.
Cogswell will be selling books in Mexico City street markets until he secures a space to open the store. I'll be running an interview with the intrepid bookseller as the opening of Under the Volcano Books gets closer.
Make a donation to the bookstore here.
See a partial inventory of Under the Volcano's books here.
Read Grant Cogswell's bookstore blog here.
Find the Under the Volcano Books website here.
Posted by Karen Lillis at 7:23 AM

This is great Karen.

we'd send some of our unbearables stock to grant -- is there an address? -- would it be better to wait until he gets a space? -- does he have an email address? -- so many questions, so little time! -- karen, ye simply the best at keeping literate humans in touch -- thank you!