Today's book recommendations start with Kevin Sampsell, a powerhouse of the small press. When I first "met" Kevin ten years ago (I think I wrote him a letter), it was because I was trying to get my first novel placed on consignment at Powell's Books, where Kevin earns his living. It was much later that I started recognizing Kevin's name as a byline on edgy, sexy fiction; as the publisher of the innovative Future Tense Books; and as editor of eye-catching anthologies like The Insomniac Reader: Stories of the Night, and Portland Noir from Akashic's noir series. (Savannah Schroll Guz and I recently asked Kevin to read in Pittsburgh, but alas, we didn't have any airplane money to back up our invitation.) I had the pleasure of meeting the charming Kari Larsen (another writer/bookseller) when she was at the recent Small Press Festival Expo in Pittsburgh. She was tabling with Pennsylvania's Seven Kitchens Press, where she's the production designer of gorgeous chapbooks of poetry and short prose. Robert Rosen wrote a small press book I loved, Nowhere Man (originally published on Soft Skull), about John Lennon. The back story of the book, which is part of the book, fascinated me: Robert was commissioned to transcribe Lennon's late diaries. But after feverish months of doing so, he was told to go on vacation, only to return to the diaries and their transcriptions having been stolen from his ransacked apartment. That part of the story is shrouded in mystery, but the rest of the book is the equally compelling tale of John Lennon's last years--paraphrased from Robert's memory of his intense months spent with Lennon's diaries. I recently "met" Robert Rosen online, after I wrote about reading Nowhere Man behind the register when I was a bookseller. 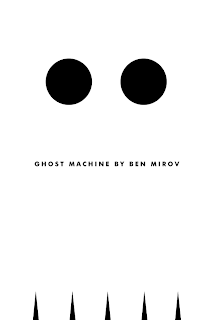 *****
It's All Good: A John Sinclair Reader, John Sinclair (Headpress)
I met John Sinclair when I was in London last year, and saw him perform with his blues band. He gave me a copy of "It's All Good," a collection of his prose, poetry, and interviews going back to his days in Detroit as manager of MC5. The title of the book refers to the quality of marijuana available in Amsterdam, where he now lives. My favorite poem is called "ain't nobody's bizness." It begins: “we have a right to our bad habits/& if we want to blow our minds/or fuck up our lives, shoot dope/or smoke cocaine,... “ Well worth checking out this anthology of a 60s legend who's the subject of a song by John Lennon.

*****
Stay tuned for more small press recommendations, from now until Xmas.
Posted by Karen Lillis at 4:37 AM