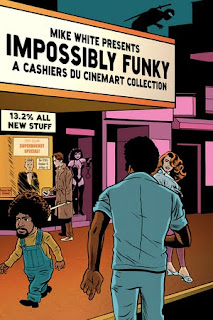 Today's book recommendations hail from the comics side of the small press world. Jim Rugg is a Pittsburgh-based illustrator and comics dude whose books (he's co-creator of the notorious Afrodisiac and Street Angel) I’ve been noticing for a few years now. I finally got to meet him at a great event the other night when film zinester Mike White came to Pittsburgh from Detroit. Mike’s new book Impossibly Funky features Jim Rugg’s excellent cover art, and Jim was part of the book talk and signing. I had fun chatting with Jim afterwards, as we jawed about movies, marketing, video games, format transfers, horror hosts, Austin TX, and the Youghiogheny Valley. I got to meet Cleveland-based Kevin Czapiewski when he came to town recently for PIX, Pittsburgh’s first annual indie comics expo. Kevin does a very cool comic called Spoilers and edits a comics anthology called Puppyteeth.

Jim says: Uncivilized Books is a small publisher based in Minneapolis. It has published a handful of mini-comics and zines. Tom Kaczynski has done a series of mini-comics called Trans Alaska, Trans Siberia, and Trans Atlantis. The site describes them as, "Philosophy, economics and the metaphysical crisis of the capitalist creative... or something like that." They summarize a lot of my feelings, doubts, and ups and downs as a freelance cartoonist/illustrator. And the books themselves are beautifully designed and illustrated. I highly recommend all three! And while you're at Uncivilized Books, you may want to check out the talented Gabrielle Bell's L.A. Diary. I love her diary comics, and this book includes some of her sketchbook pages, which I guess are early drafts for the finished work.
See: http://www.uncivilizedbooks.com/ 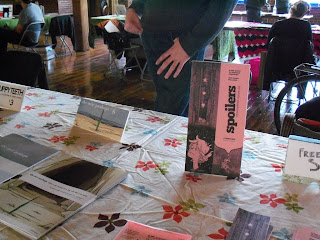