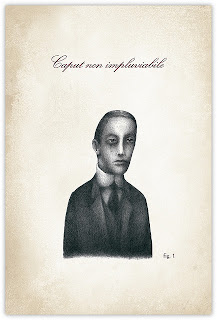 I’ve often said that the small press is a place where you CAN judge a book by its cover. Sometimes the best editors and self-published authors have dead-on aesthetic judgement which includes the visual, too. Caketrain is one of those presses that knows how to make good reads into great-looking books. Three Caketrain titles have already been recommended on this holiday blog this season; today’s small press recommendations come from the Caketrain editors and one Caketrain author. Amanda Raczowski and Joseph Reed began Caketrain journal and press in 2003. Despite being based in Pittsburgh, Amanda and Joseph are too busy publishing their stylish books and issues to paint the town red, so I still haven’t really met them.

Matt Bell came to Pittsburgh to read at the New Yinzer Presents series a few months ago and did an awesome reading of The Collectors, a version of the Collyer Brothers story. (I grew up with a mother who told me that I was “going to end up like the Collyer Brothers” if I didn’t pick up my room, so I always appreciate a good Collyer Brothers yarn.) Matt’s story was published as a chapbook by Caketrain in 2009, and is now part of Matt’s new collection, How They Were Found. (When my boyfriend stops devouring the book, I’ll let you know how it is.)

3. The Physics of Imaginary Objects, Tina May Hall (University of Pittsburgh)
http://www.upress.pitt.edu/BookDetails.aspx?bookId=36152

Recommended by
Matt Bell, author of How They Were Found (Keyhole Press)
http://www.mdbell.com/
Posted by Karen Lillis at 7:32 PM