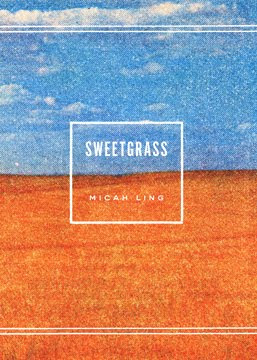 Today's small press recommendations come from two writers I met via Pittsburgh small press events. I first encountered poet Claire Donato in 2006 when we were tabling near each other at an event that would prove to be the predecessor to what is now an annual Small Press Festival in Pittsburgh. Claire was representing the magazine, the New Yinzer, and we talked about poetry, publishing, public transit, Pittsburgh, and New York. I had recently moved to Steel City from Brooklyn, and now Claire and I have traded places. Brooklyn is lucky to have Claire, and Pittsburgh misses her!
Actually, I met Burning River Press editor Chris Bowen through the New Yinzer, too. Although he tabled at the aforementioned Small Press Festival Expo in 2009, I didn't meet him until he came to read at The New Yinzer Presents series in April 2010. Burning River is a great little press out of Cleveland; Chris read some moving short stories that night and so did Michelle Reale, whose book, Natural Habitat, Burning River had just published.
*****
1. Meddle English, Caroline Bergvall (forthcoming from Nightboat Books)
2. selections from the novel Leaving the Atocha Station, Ben Lerner (chapbook published by The Physiocrats, 2010)
3. Best European Fiction 2010 (Dalkey Archive Press)
Recommended by
Claire Donato, author of Someone Else's Body and co-editor of Dewclaw
www.somanytumbleweeds.com

*****
1. I am here And You are Gone, Shome Dasgupta (Outside Writers Press)
This book is simple and innocent in its growth of the two main characters. It is beautiful.
--Review by Chris Bowen at Book Punch here.
2. Sweetgrass, Micah Ling (Sunnyoutside Press)
I’ve listened to the author of this book read from the text during a reading in Pittsburgh, the event before their Small Press Festival Expo sponsored by Open Thread. Micah Ling makes her stance elegant in a somewhat dangerous, rough and misunderstood setting. The book is a collection of prose poems, short and sweet, like the name.
3. We Were Eternal and Gigantic, Evelyn Hampton (Magic Helicopter Press)
This book, like its cover, roars. The writing is proud, bold and a good mixture of Hampton’s abilities.

Recommended by
Chris Bowen, editor of Burning River Press
http://burningriver.info/
*****
Thanks to all who have been following the Small Press Holiday Recommendations! If you're involved with the small press and want to send your three picks or a guest review, write to me at eyescorpion@gmail.com
Posted by Karen Lillis at 8:48 AM

Thanks for posting this, Karen! Coincidentally, Evelyn Hampton is the founding editor of Dewclaw (and also an amazing writer).