Today’s small press recommendations come from two writers I’ve had the pleasure of meeting and the privilege of reading with at the Six Gallery Press Showcase readings at ModernFormations Gallery in Pittsburgh. I met Scott McClanahan probably in 2008, and his West Virginia storytelling promptly blew me away. Michael Begnal was someone I’d been introduced to on email and finally got to meet in person when he came to Pittsburgh in 2009. More than just readings, both writers give engaging performances—Scott reads almost directly to the audience, and the last time I saw him read, he had us singing "The Long Black Veil." Michael Begnal has a dynamic, high-energy stage presence, with echoes of the Beats and other 20th Century rock stars. 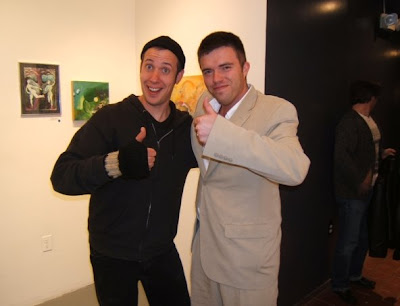 Recommended by
Scott McClanahan, author of Stories and Stories II (both on Six Gallery Press) and the in-progress novel called Hillbilly
http://hollerpresents.com/scottstories.html 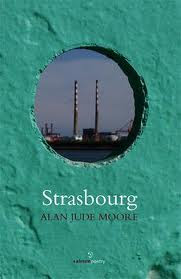 1. Strasbourg, Alan Jude Moore (Salmon Poetry, 2010)
Alan Jude Moore is one of the best of the newer Irish poets, and he's set to read in Pittsburgh in the New Yinzer series in early February 2011.

3. Chain Gang/Blood Songs, Bill Hughes (Six Gallery Press, 2010)
Hughes is a young Pittsburgh-based poet who puts me in mind of the spirit of Rimbaud, a visionary!